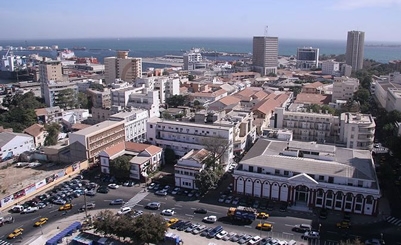 The African Capacity Building Foundation is a major contributor towards financing projects in Africa in general, and Senegal in particular.

To date, ACBF has allocated  US$24,4 million (approximately 12 billion CFA Francs) to Senegal to support national and sub-regional projects, the  Senegalese Minister of Planning, Abdoulaye Baldé, stated in Dakar on Thursday. He was speaking at the occasion of the opening of the 23rd annual meeting of the African Capacity Building Foundation Board of Governors.
According to the Senegalese official, US$4,6 million has been allocated to the Centre des Politiques d’Etudes pour le Développement (CEPOD) and US$1,8 million dollars to the Capacity Building Programme on Financial Accountability (PRECAREF).

“CEPOD’s goal is to provide, analysis, research and training aimed at further enhancing the capacity to formulate and manage economic and social policies”, explained Minister Abdoulaye Baldé.
He added that PRECAREF’s “goal is to contribute towards improving economic governance in Senegal by supporting financial and budgetary transparency”.

According to Mr Baldé, his country has also benefitted from regional projects valued at US$18 million dollars, (9 billion CFA francs), disbursed to institutions based in Dakar. These include the Centre africain d’études supérieures en gestion (CESAG), the Council for the Development of Social Science Research in Africa (CODESRIA) as well as the Training Project on Macroeconomic Analysis spearheaded by the Central Bank of West African States (BCEAO).

The theme of the ACBF meeting in Dakar is “Building Capacity for Domestic Resource Mobilisation in Africa”.
“It is fortunate that ACBF chose this theme at a time when numerous African countries are engaged in economic transformation programmes aimed at creating emerging economies (…)”, stated Senegal’s Minister of Planning, Abdoulaye Baldé, who was presiding over the opening ceremony.