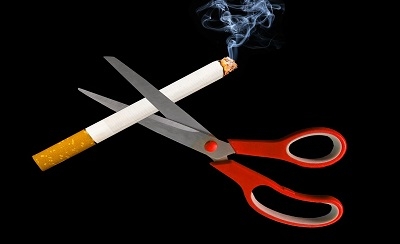 The 14th of September 2017 represents a turning point for the tobacco control community in Benin.  Indeed, this day marks the adoption by the Honorable Members of the National Assembly of the bill relating to the production, packaging, labelling, sale and use of tobacco, its derivatives and related products in the Republic of Benin.  This is the culmination of 6 long years of advocacy by and constant mobilization of civil society, most notably the Initiative pour l’Education et le Contrôle du Tabagisme (IECT).

Benin ratified the World Health Organization Framework Convention on Tobacco Control (WHO FCTC) in 2005 and on 7 August 2006, adopted Law nº 2006-12 to regulate the production, marketing and consumption of cigarettes and other tobacco products.  It was one of the first tobacco control laws to be adopted in West Africa after the entry into force of the FCTC.  However, it soon became redundant with changes in the tobacco control environment and the adoption by the Conference of Parties to the FCTC of new enforcement guidelines.  Benin needed to urgently review its legal framework, taking into account these changes and good practices adopted worldwide to improve tobacco control.

The drafting of a new Tobacco Control Bill began in 2011 at the initiative of the Ministry of Public Health.  The bill would have mixed fortunes and be faced with the machinations of the tobacco industry, which did all it could to delay its adoption.  In fact, it was only at the end of 2016 that the bill was officially presented to Parliament.  During this period, the IECT proved to be a crucial actor in the process by mobilizing civil society, advocating decision makers and arousing the interest of stakeholders in issues relating to tobacco control.  The IECT is one of the civil society organizations which has benefited from the Tobacco Control Programme of the African Capacity Building Foundation.  The project undertaken by the IECT in partnership with the Foundation, was specifically intended, amongst other things, to enhance knowledge amongst parliamentarians about tobacco control with a view to adopting a new law to regulate the production, marketing and consumption of tobacco products in Benin and strengthening institutional capacities in the organization.

Benin’s new tobacco control law has filled a legal void and instituted tobacco control measures compliant with the FCTC and its enforcement guidelines.  Amongst other changes, the new law foresees pictorial health warnings (75% of the main display side of cigarette packaging), a comprehensive ban on direct and indirect advertising of tobacco products, derivatives and related products, a comprehensive ban on the direct or indirect promotion and sponsorship of activities by the tobacco industries, a comprehensive ban on smoking in public places, which shall be laid out in regulations, the creation of a unit that includes civil society responsible for the implementation of the law, and lastly, a more rigorous enforcement of article 5.3 of the FCTC, which demands the protection of public health policies from vested interests of the tobacco industry.

The Foundation joins the entire international community involved in the tobacco control in congratulating Benin for this significant step forward.  In particular, it hails the spirit of cooperation between civil society, the Ministry of Public Health and all the actors in tobacco control in Benin, which made this positive outcome possible.  However, even though one step forward has been taken through the adoption of this piece of legislation, another, no less important one, is its implementation.  Consequently, far from resting on its laurels, civil society is urged to remain active and continue its advocacy work so as to prevent any delay in the implementation of this law, which will most certainly help to protect the Beninese population from the adverse effects of smoking.  For the ACBF, the example provided by this development in Benin should be followed in Africa so as to ensure better health amongst African populations and, more especially, a better future for the continent’s youth, making them better able to contribute to its development.