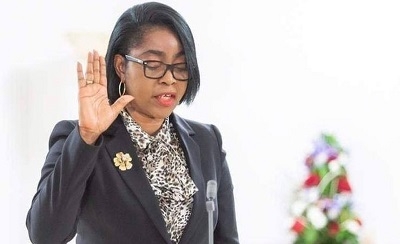 The African Capacity Building Foundation (ACBF), the African Union’s specialized agency for Capacity Development, joins the People of the Gabonese Republic and the Continent in celebrating the Rt. Hon. Rose-Christiane Ossouka RAPONDA on her appointment as the first female Prime Minister of her country.

ACBF strongly believes in the outstanding ability of Prime Minister Rose Christiane Ossouka Raponda to lead and influence the development and growth of her country and Africa.

“The Right Hon. Rose-Christiane Ossouka Raponda has displayed remarkable dexterity, vision and courage in her leadership roles. We are therefore confident that her premiership will influence and propel women on the continent to play a more prominent role in building and shaping their countries and our continent for a prosperous future,” says the ACBF Executive Secretary, Prof. Emmanuel NNADOZIE.

Mrs. Rose-Christiane Ossouka Raponda, appointed Prime Minister of Gabon on 16 July 2020, was the Governor of the African Capacity Building Foundation (ACBF) for Gabon from February 2012 to January 2014.  On 30 June 2013, during the 22nd Annual Meeting of the Board of Governors of ACBF, she was elected Chair of the Board of Governors for a period of one year and subsequently elected Mayor of Libreville on 26 January 2014.

It was during her  time in the Board of Governors that the Republic of Gabon hosted the 21st Annual Meeting of the Board of Governors of ACBF in the capital Libreville.  The Gabonese Republic took membership of the ACBF in 1998, following the first phase which started in 1991 and ended in 1997;  thereby inspiring confidence in other African countries to join Africa’s leading Capacity Development entity.