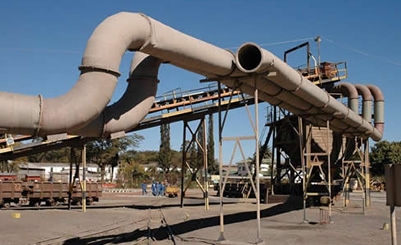 On 18-19 July, in Addis Ababa, ACBF and partners held a workshop in preparation for the forthcoming US-Africa Leaders’ Summit that will take place in Washington D. C. on 4-6 August 2014. The Summit will be attended by the Chairperson of the African Union Commission (AUC) and 50 African heads of state and government, at the invitation of the President of the United States. The Validation Workshop of the position papers on the US-Africa Relations provided a platform for consultation and dialogue among African countries with an emphasis on knowledge-sharing for Africa to strategically position itself with regards to the continent’s relationship with the United States.  The workshop ended with the adoption of a framework for a common African position along the six key  areas of peace and security; good governance; trade expansion; strategic investment partnership; human capital development; and strengthening the capacity of institutions.  Country representatives as well the AUC and Economic Commission for Africa (ECA) attended the workshop.

The workshop provided position papers on the US-Africa relations focusing on four key areas of peace and security, economics, including dimensions of trade, remittances, foreign direct investment, governance (democracy and leadership) and education.  The papers were produced by the ACBF supported policy institutes and thinks tanks - Botswana Institute for Development Policy Analysis (BIDPA), Centre d ‘Etudes et de Renforcement des Capacités d'Analyse et de Plaidoyer (CERCAP, Mali), Centre Mauritanien d'Analyse de Politiques (CMAP, Mauritania), Institute for Democratic Governance (IDEG, Ghana), and Kenya Institute for Public Policy Research and Analysis (KIPPRA) and the Economic Policy Management Programme (EPM-Kinshasa).  The position papers highlighted that the US-Africa relations should be based on a win-win partnership and through the African Growth and Opportunity Act (AGOA) and the bilateral investment treaties, the US has been increasing the volume of its trade and investments toward the continent.  Other findings included Africa’s low global competitiveness, an area where it can learn from the US. However, Africa should not exclusively depend on its relations with the US for financial support, but has to drive and finance its own development.

The workshop recognised that today, Africa is the fastest growing region in the world. Since the 1990s the economic growth of the continent has been on average above 5% offering higher opportunities in terms of new technologies, investments, and access to potential markets and new types of consumers. It is in response to these opportunities offered by Africa that countries such as China, India, Malaysia, Turkey, Brazil, among others, have recently increased their presence and investments in the continent. The U.S has been relatively slower to react to the recent opportunities and new developments happening in Africa. However, recently, there has been a change in the dynamics.

It is in this regard that the participants adopted a framework for a common African position. It was emphasized that the framework should take into account the key ongoing initiatives and programs conducted under the championship of the AUC and the Regional Economic Communities (RECs). Participants advocated that as a principle, African leaders participating in the Summit must have a common and unified voice to leverage the partnership with the United States.

Recommendations put forward include, extending and revising the AGOA so as to include larger number of products and countries; directing investments toward infrastructure development by supporting the continent-wide projects; paying attention to peace and security as a prerequisite for economic development; and strengthening institutional and human capital.

In his message to the participants delivered on his behalf by Dr Roger Atindehou, Manager for the ACBF Eastern and Southern Operations, the Executive Secretary of ACBF, Prof. Emmanuel Nnadozie said, “It is essential to note that whatever decision or commitment is made by the African leaders should aim at sustaining and keeping the economic growth path of the continent; ensuring Africa’s economic and structural transformation; building the capacities of Africans in general and African leaders in particular to mobilize resources in order to finance the development of continent and be competitive in today’s globalized world; and strengthening the capacities for regional integration and the management of natural resources.” Dr. Khabele Matlosa, Director, Department of Political Affairs of the African Union Commission (AUC) expressed his gratitude to ACBF and stated that the studies conducted by the Foundation complement in a perfect manner the Concept Note drafted by the Commission in preparation of the US-Africa Leaders’ Summit. While, Mr. Cheickna Seydi Ahamadi Diawara, Minister of Regional Planning, Territorial Administration and Population of Mali said that “holding such a meeting is pertinent and timely in the sense that it can help our leaders to take informed decisions and have a strong basis for negotiation.” Mali is among the 50 countries invited to Washington D. C.