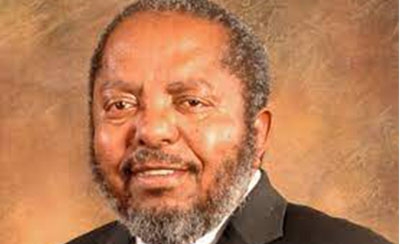 The African Capacity Building Foundation (ACBF), a specialized agency of the African Union for capacity development, joins Uganda and the Mutebile family in mourning the passing of Prof. Emmanuel Tumusiime Mutebile. Prof. Mutebile died on the 23rd of January 2022 at Aga Khan hospital in Nairobi, Kenya.

Prof. Mutebile was a renowned economist who worked as a consultant for multilateral and regional organisations including the World Bank, International Monetary Fund, Organisation for Economic Cooperation and Development, Macroeconomic and Financial Management Institute of East and Central Africa, UK Department for International Development, the North-South Institute in Canada, and for the governments of Rwanda, Kenya, Tanzania, Eritrea, and Nepal.

At the time of his passing, he held the position of longest serving Governor of the Bank of Uganda. President Yoweri Museveni kept him at the helm of the bank due to his expansive knowledge and experience in stabilizing the Ugandan economy.

ACBF will fondly remember him as its former Chair of the Executive Board, where he served in this position from 2003 to 2009. Prof. Tumusiime-Mutebile was very supportive in the work needed to transform the Foundation and usher it into its second decade of existence. During his tenure at ACBF, he oversaw the recruitment of Dr. Frannie Léautier, the first female Executive Secretary of ACBF.

Prof. Mutebile continued to support the work of the Foundation even when he moved to his new role as the Governor of the Bank of Uganda, by rallying his colleagues in the central banks of Africa to finance the capacity building activities of the Foundation.

He will be sorely missed.