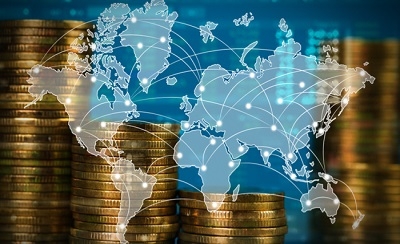 The Board of Governors and Executive Board of the African Capacity Building Foundation (ACBF) have called for concerted efforts to address global finance as well as trade architecture during and post covid-19 era.

The call was made during a virtual High-Level Multi-Stakeholder Session convened by the ACBF to identify priority areas in capacity development, partnerships and institutional arrangements required to effectively respond to COVID-19 and post pandemic challenges.

Hon. Ken Ofori ATTA, Chair of the Board of Governors of ACBF and Finance Minister of Ghana said as at May 2020, at least 15% of African GDP had already been wiped out by the pandemic.

“With oil prices coming down to USD27 a barrel, some of our major sister countries are now under the couch. Ghana has lost well over USD1 billion in revenue from oil, so far. We have also had an overall drop in Foreign Direct Investment (FDI), and remittances which are important components of our economy,” Minister Ofori Atta said.

Certain industries like tourism, have also been hit hard by the impact of the pandemic. According to Hon. Ofori Atta, hotel occupancy in Ghana had dropped from about 70% to an estimated 2%. As a result, 10 major hotels in the country faced the reality of inability to pay their workers from June onwards, which meant that at least 4,000 to 5,000 hotel workers would be laid off without unemployment benefits.

The Chair of the Board of Governors expressed concern about the effects of lengthy lockdowns in Africa, stressing that most people on the continent are in the informal sector, where confining them has a huge negative impact on their income and livelihoods.

By May, some countries had already seen lockdown-related riots. According to news reports, the riots were an expression of pent-up anger among people who had been stuck indoors for long, waiting to go back to work.

One thing that has come to the fore, Hon. Ofori Atta said, “is the expansion of the informal market and how difficult it is to transmit whatever support one wants to give, as well as how to formalize it so that it will be more productive and also be able to participate in taxes. We should get into an agreement with relevant partners for a real continental digitalization that will really help us as a new platform for the future.”

The Chair of the Board of Governors emphasized the importance of ACBF’s role in conducting research into debt relief and debt forgiveness, digitalization and technology as well as getting a peer mechanism among African countries that enables learning and documenting experiences.

“That should be part of the thinking even as you think through strategies for people to realize that a coordinated approach is better for the continent in the medium to long term,” he concluded.