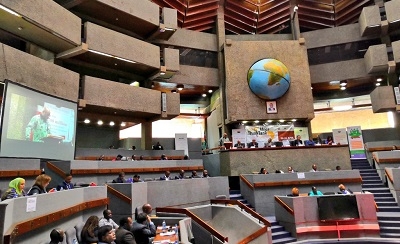 The Sixth Africa Think Tank Summit, bringing together private, institutes and state agencies, tasked with national research and planning, kicked off in Nairobi on Wednesday, with calls for political parties in Africa to craft long-term policies and build robust public institutions.

The Summit, convened by the African Capacity Building Foundation (ACBF) in partnership with the Government of Kenya and the Kenya Institute for Public Policy Research and Analysis (KIPPRA), focused on addressing weaknesses in the implementation of state policies and the opportunities for think tanks to deliver well-crafted policies.

The experts, drawn from developmental organisations, development bank and policy research institutes are meeting in Nairobi to discuss the main challenges facing African countries in the implementation of policies.

According to Lamin Momodou Manneh, Director, Regional Service Centre for Africa at the UN Development Programme (UNDP), policies crafted in Africa by respective government agencies usually get outdated before time because of poor planning context.

Mr. Manneh regretted that most governments depended on advice from international management consulting firms rather than investing in national think tanks to enrich the national government planning.

He said most countries also lack planning, monitoring and evaluation mechanisms which also need to be adjusted for policies to effectively produce their desired results.

Professor Kevin Chika Urama, Senior Director at the African Development Institute, an organ of the African Development Bank Group, stated that most African think tanks and universities perform low in international rankings. Urama said research carried out by the Civil Society Programme at the University of Pennsylvania, estimated that 60% of think tanks in Africa are at risk of disappearing for lack of funding and brain drain.

Prof. Urama said it was regrettable that 14 million students in higher education accounted for 6.4% of the global higher education enrolments globally while Africa’s share of research financing was less than 1 % of government expenditure on the national economy.