African universities should go back to the drawing board … 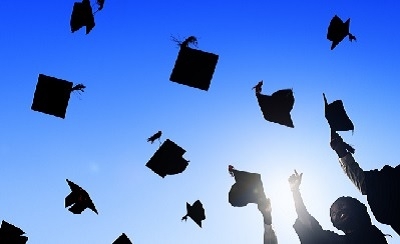 “There is an urgent call for institutions of higher learning in Africa to go back to the drawing board and figure out the skills that are needed by industry” because “the relevance of the knowledge proffered by African institutions of higher learning is increasingly being called into question,” says Prof Emmanuel Nnadozie, Executive Secretary of the African Capacity Building Foundation (ACBF).

According to him, “some young people complain that they are qualified engineers, yet they do not have jobs. It is evident that there is an education-job mismatch in Africa. That some engineers and science graduates are unemployed in Africa further underlines the many facets of themismatch between the demand for and supply of skills.”

As a result, while opportunities for new economic activities and entrepreneurship have expanded in recent years, the skills mismatch has made it impossible, for youth and women, to derive direct benefits from economic growth.

Prof Nnadozie made these remarks while speaking at the official opening of the 6th African Higher Education Week and RUFORUM Biennial Conference 2018 (the 14th in the series) held at the Kenyatta Conference Centre in Nairobi, Kenya, from 22-26 October, under the theme: “Aligning universities to accelerate attainment of Africa’s Agenda 2063”.

The Regional Universities Forum for Capacity Building in Agriculture (RUFORUM) holds biennial conferences to bring African scientists, policy makers, the private sector, students, researchers, the media, and others in a single forum to share, discuss and learn from each other in pursuit of advancing the contribution of universities to Africa’s development agenda.

This year’s forum focussed on how African universities could best support agricultural transformation and the needed action to strengthen a higher education built around science, technology and innovation development.

Prof Nnadozie reminded the conference that the African Union clearly recognizes the importance of higher education as a critical component of Agenda 2063. In particular, education that supports the development of the much-needed skills in Africa is critical, especially in meeting Agenda 2063’s second goal of “Well-educated citizens and skills revolution underpinned by science, technology and innovation”.

The Executive Secretary conceded that a lot of progress had been made in higher education in Africa with the sector developing from around 168 universities in 1960 to over 1,600 universities by 2010 and still counting.

“However,” he said, “existing evidence shows that despite this progress, Africa is still lagging behind both in terms of generating knowledge for a better-informed society and also building the human capital to undertake research to inform the development process.”

“To cover these needs,” he continued, “the continent is producing only 700,000 critical technical skills (CTS) graduates annually. Indeed, these gaps reflect the mammoth task facing African universities with regards to enrolling and providing quality training en-masse around CTS.”

Still staying with the year 2016, Prof Nnadozie said ACBF conducted a study, in 2016, on the critical technical skills needed to achieve Agenda 2063, and the study showed that there were only 400 researchers per one million people in Africa compared to 1,000 in China.

This means that research output, which should be one of the major activities of African universities, has remained comparatively low with the number of scientific and technical journal articles produced between 1992 and 2013 being almost stagnant around 20,000.

“This is very low when compared to regions such as East Asia and the Pacific whose research output has increased steadily by 89% to more than 700,000 articles in the same period,” the Executive Secretary lamented.

“In the same study, it was also stunning to discover that many African universities are focusing on humanities and social sciences despite the fact that the achievement of the first ten-year implementation plan of Agenda 2063 requires a solid workforce with technical critical skills in science, technology, engineering and mathematics.”

Remarkably, the 2016 study also showed that a good 95% of African students are in social sciences, business and law. Only 2% study agriculture even though agriculture contributes 32% of the continent’s GDP. Consequently, Africa is facing serious critical skills gaps to meet the objective of the first ten years of Agenda 2063.

“I have not shared these statistics to cause alarm, but for us to plan better with knowledge on the gaps we need to fill,” Prof Nnadozie said. “I have confidence that with adequate support from governments, the private sector and development partners, African universities can overcome these challenges.”

He therefore called on the RUFORUM conference and African universities to come up with clear strategies on how best the institutions of higher learning could effectively play a role in improving skills development to respond more effectively to the needs of the private sector, national priorities, and the various continental and regional policies and strategies.

The Executive Secretary promised that the ACBF, the African Union’s specialized agency for capacity development in Africa, would continue to support African countries and their institutions in their effort to develop or strengthen human, institutional and soft capacities, and mobilize resources, provide grants, deliver capacity development services, and leverage knowledge and learning to enable them to achieve their development objectives.