African youth will need to fill their own buckets, but governments need to remove the barriers for them 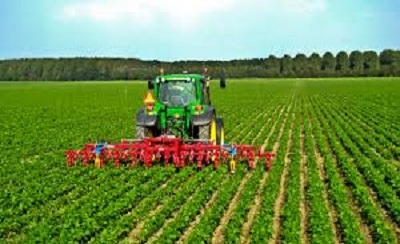 12 April, 2018, Accra - Agriculture, already Africa’s largest employer, could be an important immediate means of catalyzing economic growth and employment for the youth if African governments remove the barriers that hold back the future farmers of the continent, according to Dr Assefa Admassie, the Executive Director of the Ethiopian Economic Association (EEA) and its research, training and publication wing, the Ethiopian Policy Research Institute (EEPRI).

“Farming must shift from an occupation of last resort and low productivity to one of technical dynamism and recognized opportunity – business,” Dr Admassie said when giving the kick-off presentation of Plenary 4 at the 5th Africa Think Tank Summit in Accra, Ghana.

The topic for Plenary 4 was: “Tackling Youth Unemployment in Africa: The Role of Entrepreneurship and Agricultural Enterprises.”

According to published statistics, not only is Africa’s youth population growing, they are also becoming more educated. For example, more than 59% of 20-24-year olds will have had secondary education by2030, as compared to only 42% in 2015. But education is not providing better employment opportunities for the youth.

As a result, policy attention has now shifted to the potential for young people to create their own employment.

Interestingly, in sub Saharan Africa agriculture still provides the major employment share for the entire population. Yet the current global average age of farmers is over 60 years. “So, the question is: who will feed the world in the future?”, Dr Admassie asked

Unfortunately, the African youth tend to perceive farming as an occupation for the aged, illiterate, and for people living in rural areas.  Yet, agribusinesses can provide employment opportunities that can lift the youth out of poverty. “There are great opportunities for entrepreneurship along the whole agricultural value chain,” Dr Admassie posited.

But for entrepreneurship to strongly impact Africa’s economy, he said, governments must tackle some of the challenges that impede progress, such as the lack of funds, the lack of relevant mentorship, poor regulatory environment, poor technical skill, and the lack of market.

“So, unlocking entrepreneurship and agri-business opportunities in these and other activities will be critical for agricultural transformation and youth employment in Africa,” Admassie said, adding: “The African youth will need to fill their own buckets, but it is our imperative to remove the barriers that hold back the future farmers of our world.”

According to him, “If Africa fails to create sufficient employment opportunities for its youth population, it could present a significant risk and threat to social cohesion and political stability.

“So, the question is what should be done to remove the barriers African youths face and help them reach their full entrepreneurial potential in all sectors of the economy?”

Dr Admassie’s answer was multifaceted: “Youth unemployment has far-reaching economic, social, and political consequences for African countries,” he said. “And it is not amenable to simple solutions.Hence, entrepreneurial support programs and policies should be one of the central youth employment strategies in Africa.”

In addition, employment opportunities in agricultural enterprises for the youth, Dr Admassie said, can come in different forms: in supplying inputs; in exploiting innovations in farming technologies, especially in ICT; in commodity markets; and in processing, transporting, marketing and retailing along the agricultural value chain.

Already the majority (55%) of young entrepreneurs in Africa operate in retail trade, hotels and restaurants. But, as Dr. Admassie showed, agriculture is the second popular sector with 10% of the entrepreneurs. He therefore thinks that with adequate support from African governments, a lot more youths could be channeled into agriculture as entrepreneurs.

The alternative, he said, is too ghastly to contemplate. “The number of young people in Africa is growing rapidly while the populations in most parts of the world are aging,” Dr Admassie explained. “In 2012, out of the 10 countries with the largest share of youth population relative to their total population, 5 of them were in Sub Saharan Africa.”

According to projections, Africa’s youth population shall continue to grow, more than doubling from its level in 2010 by 2050. The worry is that the continent’s youth unemployment rate is 3.5 times higher than the adult unemployment rate.

Worse, more than 70% of the unemployed youth live in rural areas, and female youths face particularly much stronger challenges.

“The likelihood of the majority of African youth to be absorbed within the formal economy is nearly nonexistent. So, many find themselves underemployed in the informal low productivity, low wage jobs,” Dr Admassie said.

Thankfully, 22% of Africa’s working-age population are starting new businesses, which is the highest rate of any region in the world. This is why African governments should step in and offer the y0uth entrepreneurs all the necessary support to survive, so that Africa’s youth bulge can become a blessing instead of a curse.

Having spearheaded and robustly coordinated capacity development programs worth over 700 million US dollars across 45 countries and 8 regional economic communities (RECs) in Africa since 1991, ACBF has gathered the requisite experience that makes it the go-to institution for expert knowledge and human resources to advise and support African countries, regional economic communities and institutions on decisive steps to take to develop the practical skills urgently required for the continent’s economic transformation.

Evidence from our cutting-edge work (constituting hundreds of knowledge publications) and the work of several partners show that Africa's development efforts are being hobbled by severe capacity deficits often in the form of shortage of critical skills, deficits in leadership, inhibiting mindsets and weak institutions. The continent’s practical skills shortage is acute in key areas such as Science, Technology, Engineering and Mathematics (STEM) and Agriculture.

At ACBF, we will continue using our unmatched track record in managing financial facilities for development, our vast knowledge gathering experience thanks to the exceptional skills mix of our core staff as well as our strong strategic partnerships and networks to help countries and institutions identify their capacity needs, advise them on how to plug these capacity weaknesses and on where to find the knowledge and resources to develop the requisite capacity resources, effectively use them and retain them to achieve their short and long-term development objectives.

ACBF’s vision is an Africa capable of achieving its own development.

Leverage your own efforts geared towards Africa’s transformation, or

Partner with us by writing to:

B.Kone@acbf-pact.org (to support us with resources for Africa’s Capacity Development)