In digitalization, right policies and training are key 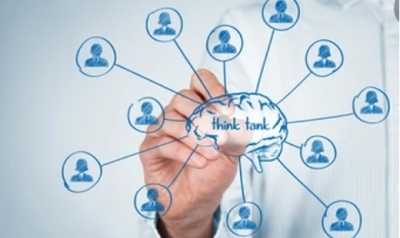 For African countries to succeed in their digitalization drives, they have to put in the right policies and train their people. They also need solid planning that can be adjusted along the way until they get to where they want to go.

Expressing this view during the Session Three discussion on the first day of the 2021 Africa Think Tank Summit held virtually on 9-10 December by the African Capacity Building Foundation (ACBF), Mr. Bakary Kone,Head of ACBF’s Regional Office for West & Central Africa & Director of Resource Mobilization, Strategic Planning & Partnerships, said digitalization was no longer an option for any African country. It is a necessity that needs leadership and political will to achieve.

However, since 2019 when the discussion on digitalization in Africa began in earnest, nothing much has been done. At the time it was said that digitalization was the Fourth Industrial Revolution that Africa should not miss. But now there is a gap which needs to be filled.

Session Three was devoted to identifying the right policies and building the capacities and critical skills needed for digital transformation in Africa.

According to Kone, there are three avenues that can be explored. The first is to deal with the gap between African education and the development sector. He said the continent needed to train more people in digitalization and put in policies to provide incentives for education in digitalization.

“It is true that digitalization requires a number of elements,” Kone said. “But just like any aspect of development, the first of these elements is people. We have to make sure that we have the right people.

“To digitalize, you need talents, and talents, very unfortunately, don’t grow on trees. You have to invest in them, and in your investment, you have to count on your domestic resources first before you go out looking for additional resources,” Kone added.

The problem, however, is that although African countries want to digitalize, they are not making the necessary adjustment that may be required to afford the digitalization sector.

“If you see what they are doing with machines that are outdated elsewhere, you can gauge the level of creativity of Africa’s young people,” Kone said. “Just look at all the apps that were created in Africa during the Covid-19 crisis. It is impressive, but what are we doing in terms of policies to encourage that?”

Unfortunately, he said, there were still African countries where the internet could just be disconnected for one reason or another, most of the time during election time. “We still have many of our countries where access to the internet is still a huge problem. So if you want to boost creativity especially of the youth, you need to deal with those policies,” Kone said.

Kone promised that ACBF would partner with African think tanks to ensure that the recommendations from the 8th Think Tank Summit would be used to develop programs that could be sold not only to African governments but also to ACF’s partners.

“That is what we are going to do to help countries to make the right policies,” he pledged.

Joining the Session Three discussion, Ms Elisa Saint Martin, a Policy Analyst from the Africa Unit of the OECD Development Centre, said last year the OECD produced a report, in partnership with the Africa Union Commission (AUC), on digitalization for job creation in Africa.

The report found that Covid-19 had accelerated digitalization in Africa where governments had come up with many initiatives in implementing digitalization to cope with the pandemic. This, she said, had led to increased mobile money transfers in the financial sector, and even in the educational sector, many African governments had set up long distance learning mechanisms to deal with the pandemic.

However, the OECD found that most of the national digital strategies had focused narrowly on the ICT sector, which, though was great and would create jobs, but might not be able to create enough jobs for the 29 million African youths who are expected to enter the job market each year for the next 10 years.

Therefore, what is needed is a diffusion of the new digital technologies to all sectors of the African economies, including agriculture, manufacturing, commerce, and even education and health.

In doing this, Africa will, however, face huge challenges. As such, according to Ms Martin, the OECD has identified three vital gaps that need to be adequately tackled by specific policies.

The first gap, she said, concerned access to the new digital technologies. Here, the OECD recommends that ICTs should be prioritized in African cities as the cities will be the places that will hold the largest populations on the continent in the coming years.

Moreover, because the cities are not more than 50 km from broadband networks, it will not take a lot of investment to prioritize ICTs there. Also, access can be made more affordable to more people in the cities. At the moment, Ms Martin said, even though some Africans had access to the internet, it was too costly. Estimates, however, show that reducing data prices by half will benefit 75% of Africa’s population.

The second gap the OECD identified was building the right capacity for digitalization. According to the OECD, African governments, together with the private sector, should implement the right policies and job training for both formal and informal workers, in addition to providing courses in financial literacy.

The third gap, according to Ms Martin, concerned competitiveness at home and abroad, and therefore the OECD recommends regional cooperation to tackle the barriers to e-commerce and harmonizing regulations for cross-border trade.

She said African countries should take their citizens along with them when implementing their digitalization programs because digitalization was not just about technology but also about socio-economic issues.

“There is room for the voice of the members of the community to be heard loud and clear,” Prof Moahi said. “The citizens must understand what the digitalization concept is about and what it means for them in terms of the services they get and how they affect their everyday lives, and so on.

“This should translate into an active engagement with citizens on what digital transformation means, how it would be implemented, what their rights and responsibilities would be, and what are the issues they should look out for,” she added.

She said although many African countries had developed ICT policies, there was a disconnect in implementation because “the voice of the people we are supposed to develop the policy for is left out, and so they don’t appreciate or understand what it is all about”.

Extending the debate to the educational sector, Prof Moahi said there should be a total overhaul of the African curriculum to ensure that “the entire education system prepares us for the Fourth Industrial Revolution, and prepares us for the new skills … because digitalization is necessary, it is not a luxury.”

In his contribution, Mr Tapiwa Ronald Cheuka, a Policy Officer of the Africa Union Commission, concentrated on the philosophy of digitalization to be adopted by African countries. He saidglobally, countries were in an era of “datafication” of economic activity and that Africa was not immune from this phenomenon.

According to him, data-driven economies wield a lot of power and produce more than traditional economies.

Therefore, after realizing that there is datafication of economic activity, Africa should put in place data governance policies, considering that data is the foundation of digital transformation and the digital economy.

Mr Cheuka looked at the digital governance models implemented elsewhere in the world, and said the Asian model, for example, “sees data in terms of sovereignty” and as a national security issue.

The American model, he said, also “guards and sees data as something of national interest” and that the dominance of some American companies in the global space and also in digitalizing their economy, means “there is more free flow of data”.

The European model, on the other hand, is from a perspective where data is seen as a fundamental human right. As such the Europeans protect personal data at a deeper level.

“Africa should therefore find a balanced model that suits our unique environment,” Mr Cheuka said. “We should identify our priorities because we can’t adopt a free flow of data in the economy and think it will favor us at the end of the day. This is because our cultural background, economic history, and social background have to fit into the kind of policies we adopt.”

He urged Africa to create data value chains to drive the digital economy, which in turn should drive wealth generation to develop the continent. In doing this, the continent should however adopt a regional approach which, to him, is a more sensible way than going it alone.

Bringing the SessionThree discussion to a close, Dr Charles Nguykonye, theDirector of Peace Builders Without Borders, regretted that although young Africans are creative and they are at the center of the digitalization policies of their respective countries, they mostly use the opportunity for digitalization for entertainment purposes, and this, in the end, is counter-productive.

To him, digitalization has a more serious mission than entertainment, and the youth of Africa should see it as such.

Beyond the youths, Dr Nguykonye said, one of the difficulties militating against digitalization was the political culture in Africa where, especially in Francophone countries, the adoption of national development plans were treated no more than adopting party manifestoes and so are done on party lines.

According to him, the conversation should move to how African countries develop policies for the long term, and how long-term plans such as digitalization are sustained.