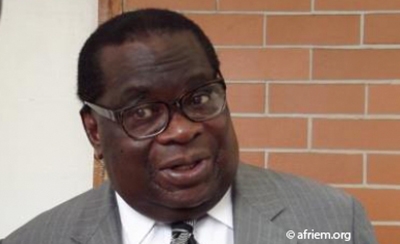 Honorable Goodall Gondwe, Finance Minister of Malawi was elected as Chair of the Board of Governors (BOG) of the African Capacity Building Foundation (ACBF) during the meeting of the Foundation’s BOG held in Addis Ababa, Ethiopia, on 3 September. Participants to the meeting also elected Chad and Sierra Leone as Vice Chairs of the Board. Honorable Gondwe takes over from Hon. Christian Magnagna, Gabon’s Minister of Budget and Public Accounts.

He was a director of the Africa Division of the International Monetary Fund before returning to Malawi to work as a politician. In the period leading up to his election as Member of Parliament, he served as the Chief Economic Advisor to President Bakili Muluzi.

Hon. Gondwe was appointed to the position of Minister of Finance in June 2004 by President Bingu wa Mutharika. He has been credited for Malawi's success during Mutharika's first term. His economic development policies, together with Mutharika, helped drastically improve the economic situation in the country. Under his stewardship, the rate of inflation fell from 30% in 2005 to 6% by 2008. More importantly Malawi saw its economy grow by approximately 6 percent. In 2008, Gondwe was voted as Africa’s Finance Minister of the Year at the African Banker Awards, held at the Willard Intercontinental Hotel in Washington DC, USA.

24th Annual Meetings of the ACBF Board of Governors (BOG)

Chair of ACBF Board of Governors visits Secretariat