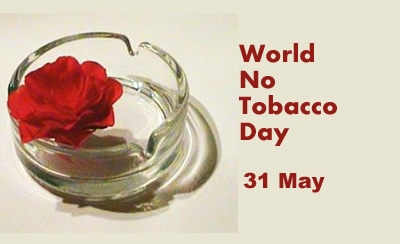 African countries would be well advised to consider anti-tobacco policy interventions as the continent is anticipated to witness a sharp increase in tobacco usage in the coming years, putting at risk the health of millions of Africans and threatening to put more strain on the continental healthcare system. A recent study by the American Cancer Society on tobacco use in Africa says that despite global cigarette smoking decreasing, by 2030 the number of smokers in Africa is anticipated to rise by nearly 40% from 2010 levels. This is the largest expected increase in the world and a major concern for Africa.

Since the World Health Organisation (WHO) adopted its landmark Framework Convention on Tobacco Control (FCTC), which entered into force in 2005, many countries have passed legislation that restricts the marketing and sale of tobacco products. These restrictions, in combination with increasing awareness of the consequences of smoking and a growing understanding of the ethically questionable actions of tobacco companies, have led to decreases in tobacco sales in Europe, Australia, North America and Latin America.

Developing countries, especially on the African continent, have since the last decade received unparalleled attention from the WHO following a persistent increase in smoking prevalence. This increase is driven primarily by the tobacco industry’s commitment to create new markets in the developing world. The drive for these new markets is a result of the declining markets faced by the tobacco industry in developed countries, where governments and anti-tobacco groups began accelerating the implementation of policies aimed at decreasing tobacco use in the mid-1990s.

The American Cancer Society estimates that between 2002 and 2030, tobacco-attributed deaths are projected to decline by 9% in high-income countries (HICs) but are expected to double from 3.4 million to 6.8 million in low-and middle income countries (LMICs).

While only 2% of cigarettes smoked globally are in Africa, 6% of smokers live in Africa. Despite Africa having the lowest smoking prevalence in the world, the continent presents the greatest threat in terms of future growth in smoking.  At the moment, 77 million adults smoke in Africa. This figure is expected to grow steadily over the next century, reaching 413 million smokers by 2100.

The tobacco epidemic in Africa is at a relatively early stage and it is therefore critical to invest in tobacco control to prevent a large-scale epidemic.  To control the escalation of the tobacco epidemic requires that governments and leaders, with the support of civil societies and international organizations collaborate in their work.

The World Health Organization (WHO) estimates that smoking causes about 71% of lung cancer, 42% of chronic respiratory disease, 20% of global tuberculosis incidence and nearly 10% of cardiovascular diseases. Tobacco use is the single most preventable cause of death among adults. 6 million deaths occur globally every year due to tobacco use and 10% of the deaths are due to exposure to tobacco smoke alone. Tobacco use also reduces life expectancy by20–25 years.

Currently, the prevalence of tobacco smokers among the youth in African countries ranges from 8% to 43% for boys and 5% to 30% for girls. The number of smokers in Africa is however expected to more than double, from 84 million in 2000 to 208 million by 2030, if nothing is done.

However, there are challenges being faced in the fight against tobacco consumption. Despite the measures by many countries, tobacco companies have strategically planned their expansion across Africa for more than two decades. To expand their consumer base, they target new prospective smokers in their marketing, particularly women and younger groups.

On the other hand, tobacco is a dominant cash crop for tobacco farmers in some parts of Africa, with small scale tobacco farmers in Africa supplementing their household income from tobacco farming, as tobacco often fetches higher prices in the market compared with traditional food crops.

However, in the absence of policy interventions, results in a dramatic higher rate of growth in the number of smokers will reach 572 million by 2100. By 2060, Africa will have the second-most smokers of any region, behind Asia, with 14% of the world’s smokers (from the current 6%), and by 2100 Africa will be home to 21% of the world’s smokers. Implementing policies to arrest the growth of smoking prevalence would have a considerable impact.

Implementing those policies starts with African countries acknowledging, signing, ratifying and implementing the FCTC, including the Illicit Trade Protocol as the illicit trade of tobacco trade not only exacerbates the global tobacco epidemic and its related health consequences, but has security implications – the financing of organized crime, including drugs, human and arms trafficking, as well as terrorism. Ratification of the Protocol to Eliminate Illicit Trade in Tobacco Products is necessary to respond to the financial, legal and health impacts of the illicit trade of tobacco products.

On August 30th 2014, the Bill & Melinda Gates Foundation approved a grant of US$ 8,540.407 to the African Capacity Building Foundation. The purpose of the Grant is to strengthen African CSO’s capacity to enable strong and well-implemented Tobacco Control policies across the region, and ensure that CSO’s work is better coordinated and more targeted. The specific objectives of the Grant are four fold as follows: (i) Strengthened partnership and coordination for effective TC policy making in Africa; (ii) Strengthened Civil Society Organizations (CSOs) capacity as effective agents of change to resolve tobacco control barriers in target countries; (iii) Centre of Tobacco Control in Africa (CTCA) actively and effectively supporting the implementation of effective tobacco control policies in targeted countries in Africa; and (iv) Strengthened institutional capacity of the University of Cape Town (UCT) to undertake evidence-based research and provide technical assistance to Governments for effective Tobacco Control.