Prof Olukoshi: ‘No policy system can be properly effective without a robust and coherent civil service’ 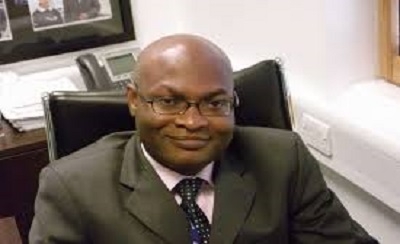 Prof Adebayo Olukoshi, Regional Director for Africa and West Asia of the International Institute for Democracy and Electoral Assistance (International IDEA) has urged African countries to build up their civil service into effective administrative tools or forget about ever making any headway with regard to implementation of policies.

Speaking on the sidelines of the 6th Africa Think Tank Summit held in Nairobi from 24-26 April, Prof Olukoshi said “countries that don’t have an effective civil service cannot expect to make any headway with regard to implementation of policies.

“Unfortunately, the civil service in Africa generally has been a much-maligned institution, which has also been downsized over the years to the point where the system of incentives discourages the brightest minds on our continent from ever contemplating a career in the civil service. The pay is poor, the benefits are poor, the institution has been so politicized that merit is secondary,” he pointed out.

Even with decision-making, he said the role of the civil service had been severely diminished because extra-civil service sites of decision-making had been established such that policymaking on the continent rather than being a coordinated and coherent process, in which one policy was integrated and linked to another in a comprehensive fashion, had become completely fragmented.

“So, we have fragmented sites of decision-making that are not talking to each other. I think it is something that we really need to address.”

He went on: “I can almost even sound fanatical about this subject by saying that a country that does not have a coherent and professional civil service cannot expect to achieve a developmental change of a transformative nature. And within the context of that claim, one can begin to talk about issues of constitutional building and the rules associated with the effective functioning of institutions.”

To him, and in fact it was the general consensus of the 6th Africa Think Tank Summit, one of the biggest challenges facing Africa is a deficit of implementation. “The problem is not so much the absence of policy, Africa doesn’t operate in a policy vacuum,” Prof Olukoshi said, “but the lack of implementation of those policies in a manner that is consistent and rigorous in order to deliver the desired outcomes.

“On the basis of that general consensus, a lot of observers consider two issues arising: For some observers it is a matter of capacity, for others it is a matter of political will, yet for others it is a question of a rapid turnover of policy initiatives – before you digest one policy, another one is on the table; before that one settles down, yet another has been produced, almost in a trend that tends to suggest a greater attention is paid to fashion and what is buzzing at the moment, and not so much what is needed and what the priority concerns may be.”

He accepts that all the observations have some elements of truth in them. “But they don’t tell the full story,” he argued. “Because in my view the full story cannot be told if we don’t go back to the very infrastructural policy and what the state of that infrastructure is on our continent.

“And here three or four things particularly stand out. Number one: There is no policy system that can be properly effective, no matter the political will you have, no matter the investment you make in capacity, if there is not a robust and coherent civil service as the embodiment of policy, planning, policy vision, and policy implementation.

“The second element is what I refer to as an unfortunate situation in which right from independence, but which has been accentuated even more since the 1980s, key policy decisions of our development are actually made outside the continent.

“It is almost as if a division of labor has been established in which our politicians take the decisions about power and politics at home, they are pretty much in charge of.

“But when it comes to the decisions about social policy and the economy, about the medium term expenditure framework, and so on and so forth, you find that actually we have handed over or ceded these key levers of policy to institutions such as the Bretton Woods and a whole host of others, almost to a point where some of those institutions of our so-called development partners feel entitled to make decisions for us.

“And in the process, the consequence is that there is no local anchorage of the policies. Those policies reflect more the preferences of the partners than our own preferences, and therefore there is a deficit of local ownership of the policies. And we run a vicious cycle in which when those externally-inspired policies fail to gain traction or make a difference, new policy proposals are invented, and there is a permanent pressure of inventing new policy ideas which also then produce a kind of a vicious cycle of its own.

“So, one year we are doing poverty reduction strategy papers, the year before we were doing HIPC, soon after that we are doing MDGs, and so on and so forth. In the end, we really don’t do things that we think are important to us.

“For example, do we need to do poverty reduction strategy papers or do we need to actually put that money, both ours and that which is given to us by partners, to create youth entrepreneurships and give young school leavers who want to make business investments soft loans that will enable them to start in business without the burden of finding collaterals that the banks would demand of them?

“One can think of a whole host of ideas of what you can do to fight poverty without necessarily going through the hoops imposed on African countries by external partners.”

Prof Olukoshi then turned to the third element of his argument and said it was very closely interconnected with the second element above.

“I call it the absence of a meeting of minds between a community of knowledge producers and a community of policy implementers on our continent,” he said. “It is easier for our finance ministers to take ideas from the World Bank and come home to implement them than to take ideas from, say, the Department of Economics of a state university. In some instances, there is actually even outright hostility between the two communities.

“And so those of us who work in the field of policy as knowledge producers find ourselves in a situation where we are constantly critiquing our governments for wrong policies, and the governments constantly on the defensive, saying those policies come from experts, and experts by definition cannot be found locally, they are international and external.

“This is something that we need to change, and it begins in the head. It is an attitudinal issue. It is a mentality issue. We need to get all those chips off our shoulders and begin to be more effective to say to those who want to partner with us that we will do so only on the basis of the priorities we want to implement, but they don’t come here and tell us that these are their priorities for us and we should implement them if we want to get money from them.”

Prof Olukoshi said some few African countries like Rwanda and Ethiopia had been able to do this effectively. “They have defined what they want, and in the process policymaking ceases to be an exercise in permanent crisis management and becomes rather an exercise in the bold projection of an ambitious future built on a national vision.

“And we need to be ambitious by ourselves. We cannot spend 50 years of independence trying to do little, little things like managing poverty reduction. No please, that can’t be ambitious.

“Our leaders must be able to say they want to create, for example, a group of a million middle class citizens by the year 2022. They should say ‘my term will end in 2022 and by that time I want not less than half a million citizens in this income bracket, and these are the policies I need to implement to get there, and these will be the benefits I will get from creating that poll of people in domestic consumption which will be built from factories that produce locally. This will be good for the revenue services, because I will get more people to be in the higher tax brackets. It will pay for itself.’

“But instead, our best minds are now being applied to doing little, little things, almost like the Lord of Flies, making little, little things that make no difference at the end of the day. But our governments want to assuage the conscience of development partners that they are doing something to fight poverty. But the business of governments is not located at that level and the opus of policy is also not located at the level.”

To Prof. Olukoshi, salvation would come if Africa were able to turn the current narrative on its head.