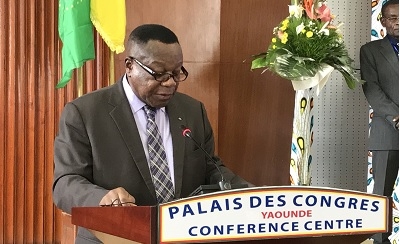 Prof. Nnadozie said this at the Opening Ceremony of the 3rd session of the African Union’s Specialized Technical Committee on Finance, Monetary Affairs, Economic Planning and Integration in Yaoundé, Cameroon. The meeting is running under the theme Public Policies for Productive Transformation.

An emerging Africa is an Africa that can transform its own commodities to create value chains, generate jobs and overcome endemic youth unemployment, said Prof. Nnadozie in his opening statement. He pointed out that the most advanced countries in Africa were those with visionary leaders, therefore for the continent to further industrialize, it needed transformative leadership.

`Industrialisation for Africa's economic emergence will require creating the right strategy and policy, mobilizing resources and making the right investments in human capital and in knowledge and technology.

`Infrastructure is critical, especially energy and transport. There is also need to promote the emergence of entrepreneurs and industrialists and support small-scale industries’ entry, survival and growth,’’ he said.

To achieve this, the Executive Secretary said there was need for African states to increase investment in developing special technical skills needed for industrialization.

`The continent's current share of Engineers stands at 35 per million people compared to 168 for Brazil, 2,457 for the European Union and 4,103 for the United States.

`Over 10,000 medical graduates born or trained in Africa migrated and were registered to practice in the United States in 2011 alone.

`The continent has only two per cent of doctors while it bears around 24 per cent of the global burden of disease.

`Furthermore, in the fields of science and technology, it is estimated that only 28 per cent of students are enrolled in these programs,’’ he said.

Prof. Nnadozie urged member states to create the enabling business environment to attract domestic and foreign investment in industries, provide the right incentives and ensure that bureaucrats do not continue to act adversely to the private sector.

He stressed that it was not enough for Africa to have the right strategy, policy and finance, but that if it must succeed in becoming industrialized, then actions must be taken, and policies implemented.

Also providing an opening statement at the same time, AU Commissioner for Economic Affairs, Prof. Victor Harison, said that based on the “Africa’s Development Dynamics” report of the African Union, the African economy grew by 4.7 per cent per year between 2000 and 2017.

He said this made Africa, the world’s second fastest growing region.

`In view of the current high population growth composed by 70 per cent of youth, the continent must create more than 12 million jobs per year to prevent unemployment from rising.

`This implies that the transformation and diversification of our economies, technological innovation, promotion of digital economy and the development of blue economy and sustainable exploitation of maritime resources is imperative,’’ he said

He said that investments in infrastructure such as roads and ports were priorities of President Paul Biya’s administration.