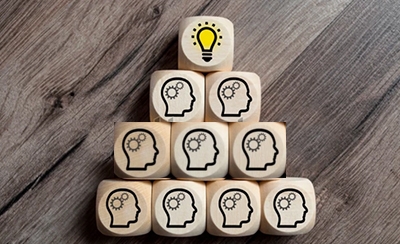 African economic and social policy think tanks have pledged support to governments, civil society, entrepreneurs and the manufacturing sector to utilize the benefits of digital computing technologies, also known as the internet economy, to address the challenges to growth and prosperity in Africa.

With the global outbreak of the Coronavirus pandemic, the focus has shifted towards the digital public health interventions, social and economic policies and priorities, required to enable governments to reach diverse populations in order t advance the provision of services.

The 2021 Think Tanks Summit was convened to discuss the “Opportunities, Challenges and Options for Building Back better” in the face of the global coronavirus pandemic. The Summit provided an opportunity to African Think Tanks supported by the ACBF to present findings of studies on the digital solutions to Africa’s public health challenges.

The findings presented during the Summit focused on the tobacco control measures implemented in Malawi and Zimbabwe specifically on the rising social, health and economic impact of tobacco use.

The studies focused on the socio-economic impacts of the tobacco-related disease burden due to smoking and the large-scale production of tobacco and the opportunities available to use digital technologies to raise public awareness against tobacco use.

Miriam Kadzamira, Founder and Director, Youth Enterprise Service (YES) Malawi, said although the prevalence rate of diseases caused by tobacco use in Malawi was still not clear due to the lack of current government statistics, illness related to smoking affected the smokers and their families.

Kadzamira said governments should put in place policies to control tobacco use. Initiatives focused on the use of digital tools, including internet and computer solutions, should be used to raise awareness on the impact of tobacco use. The negative impact of public health spending has on the economy and the burdens that families face as a result of tobacco consumption should also be points of key focus.

The Malawian expert proposed key digital solutions and interventions required to reduce the impact of excessive tobacco consumption. These include the use of web-based systems and the internet to raise awareness and to train public health workers and clinicians on the detection of tobacco-related illnesses. The digital solutions, including the utilisation of digital health record-keeping and capturing of patient data to track the prevalent rate of tobacco-related illnesses. Similar web-based interventions should also be given attention to curb the rampant effect of smoking.

Addressing the Think Tanks Summit, Dr Gibson Chigumira, Executive Director of ZEPARU, Zimbabwe, said as one of Africa’s leading producers of the tobacco crop, Zimbabwe had invested heavily in the systems to enable farmers to produce the crop and to reach the market seamlessly.

Tobacco accounted for 10 percent of Zimbabwe’s Gross Domestic Product. The country’s second foreign exchange earner had recorded a more than a four-fold rise in the number of tobacco farmers. Dr Chigumira said evidence from research studies showed tobacco farming and use affected the farmers healthwise.

Dr Chigumira said as an economy reliant on the production of tobacco, the promotion of non-tobacco use affected the farmers’ incomes and earnings while some farmers were still slow in accepting the need to change strategies to focus on other crops due to the intrinsic nature of the tobacco growing business.

“There is evidence associated with tobacco use and tuberculosis disease. There are risks to farmers during harvesting of tobacco,” said Dr Chigumira.

The farmers' perception that the tobacco business was still more profitable has proved a challenge to the government in its efforts to implement the World Health Organisation (WHO) framework to control tobacco use in order to curb public health challenges including premature loss f lives due to tobacco illnesses.

The use of digital tools to bring awareness to the general population on the risks that the growing of tobacco poses to their lives and to make the public appreciate the measures to curb the use of tobacco are still facing opposition by almost a third of the national population. A recent study carried out in Zimbabwe on some 1,550 tobacco farmers recorded a 20 percent rate of opposition to tobacco use and control measures.

In Nigeria, where the government spends US$1.71 billion every year on dealing with the public health challenges posed by the use of tobacco, Dr Chukwuka Onyekwena, Executive Director,CSEA, Nigeria, said the West African nation recorded some 29,472 deaths as a result of the tobacco consumption.

Dr Onyekwena said the use of taxation methods proved to be amongst the best financial tools to curb the use of tobacco. This is in keeping with the WHO standards of keeping excise tax at 75 percent of the retail price of tobacco. In Nigeria, an additional tax of 1 Naira per cigarette stick is use to curb sales.

After carrying out a successful study on the need to use taxation measures to curb the growth of tobacco, the Nigerian government incorporated the CSEA into a government technical working group on the implementation of the tobacco taxation methods.

In a study funded by the ACBF, Dr Onyekwena said his organisation found out that there was a 10 times increase in the number of preventable deaths related to tobacco use.  Nigeria could use the high and growing rate of digital penetration to enhance the absorption of tobacco control measures.